When thinking about how to make your life a bit greener, there are so many different areas you can address – from what you eat to what clothes you buy to what mode of transport you choose – that it’s very easy to feel overwhelmed. So when I stumble across a relatively quick, simple change that’s easy to implement, I’m over the moon, especially if it has the potential to save me money as well!

I had one of those moments recently when I somehow managed to spill an entire bowl of soup over my kitchen floor (a day in the life of a clumsy girl…) I ripped a few sheets off of a nearby kitchen roll to soak it up but it quickly became apparent that this wasn’t going to cut it. I considered using a tea towel but I thought it would be too much of a hassle to wash all the soup out of it afterwards, so I just kept on piling on more and more paper towel until I’d cleaned up enough to be able to use a mop on the rest. A small mountain of wet paper towels quickly formed beside me and it just seemed like such a waste.

This made me think more about the amount that I used paper towels and I realised that kitchen roll was a semi-permanent feature on my shopping list, meaning that in my day-to-day life I was getting through a fair bit of it – about a roll a week. Over the course of a year, that’s a lot of paper being produced just for me to mop up messes with. Why not use a reusable cloth instead?

If you Google ‘reusable cleaning cloth’ then you’ll get a whole load of products come up (microfiber cloths, organic cotton cloths, bamboo cloths…) Each has its own benefits and drawbacks. A lot of them market themselves as being eco-friendly, and some products’ claims are better than others. After a lot of research, do you know what I found was the most effective eco-friendly cloth?

Who would have thought that I already owned the thing that I was searching for?! You may have heard the phrase that the most sustainable piece of fashion is the one that you already own – well, it turns out it applies to cleaning cloths too. Because the fact of the matter is, any cloth you buy will have had to have been produced and transported either to the shop you bought it from or direct to your home if you got it online. The amount of environmental damage caused by cloth production depends on the fabric but as a whole the textiles industry is responsible for 10% of annual global carbon emissions, with non-organic cotton being one of the least environmentally friendly fabrics due to the amount of water it takes to produce (organic cotton uses substantially less). If you repurpose and reuse cloth instead of buying more, the environmental impact is reduced.

Also – and let’s not pretend that this isn’t a major factor for me, because it is – it cost next to nothing!

I already had an old tablecloth I could cut up into around A5-sized pieces suitable for cleaning with, but you could use any old bit of cloth you don’t want anymore – T-shirts, tea towels, even socks (this probably goes without saying but you’re going to want to wash those socks first!) The fabric it’s made of it important, though. Cotton is best as it’s absorbent and easy to wash.

Ideally you should sew a hem along the edge of the cloth to prevent it from fraying and to make it look nice and tidy, but this isn’t strictly necessary. I’ve left the edges of my cloths ‘raw’ and hemless because I didn’t have access to a sewing machine and I could really not be bothered to do it by hand. Yes, they have frayed a bit but that seemed to stop after a couple of washes and they’re still perfectly usable and pretty enough for a rag!

If you don’t have any cloth lying around that you could use then you can pick up second-hand cloths really cheap from places like eBay or in your local charity shop. I ran out of tablecloth so I found some reusable cotton baby wipes on Facebook Marketplace which were an absolute bargain and the perfect size to be repurposed as cleaning cloths.

My now quite extensive collection of cleaning cloths will last me for years to come and the total cost came in at around £8, a fraction of what it would have cost to buy them new.

Like a lot of people, I think of myself as a savvy consumer, but actually I’m so used to consuming that sometimes I don’t see that the solutions I’m looking for are right under my nose and don’t always need to be bought!

Saving the planet (sort of)

Okay, I’m not going to lie – this one change on its own won’t save the planet. In fact, given that you should put reusable cleaning cloths in the wash after every use rather than keep on using the same cloth for multiple cleaning jobs so as not to unwittingly spread bacteria, it could be argued that I personally am producing more emissions using reusable cloths compared to paper towels because of all of the extra energy used to wash them. But is that true? Because I honestly believe that there’s no point in me going to all the effort of making a change if it doesn’t make any real difference.

For hygiene reasons, it’s recommended that you wash your cleaning cloths at 90°C in order to properly disinfect them. The longest, hottest setting on my machine uses 2.4 kWh, according to the manual (my machine is a relatively new Beko). That equates to around 0.68kg CO2 emissions (to find out more about how this is worked out, check out this nifty calculator). I generally have enough dirty cleaning cloths for a load every week and a half but let’s say for argument’s sake that I do a load every week, then that works out to 35.36kg CO2 a year.

Now, compare that to paper towels. One study looked at all the different factors involved in their production and suggested that it works out to roughly 15g CO2 per two sheets. If I was using a roll a week, and the ones I was buying had 50 sheets per roll, that works out to about 195kg CO2 a year. That’s over five times as much as reusable cleaning cloths.

Bear in mind that this is just a rough guide and my figures aren’t totally accurate. For example, I haven’t taken into account the water each wash uses, and I’ve assumed that the cleaning cloths are being dried on a clothes line or airer (which I find works fine) but if you use a tumble dryer then obviously you’d be using more energy.

And if you were wondering whether all the extra washing pushes the costs up, the added expense is tiny. For me, it works out at about 35p a wash, so over a year it’s about £18, which might initially seem like a fair bit but actually it’s only about a quarter of what I was spending on paper towels (I’m going to stop doing sums now before I freak out about how much I must have spent on paper towels over the years!)

Before I made the switch to reusable cleaning cloths my main concern was that this would mean a lot of extra washing for me but, in all honesty, I haven’t really noticed the difference and it’s just become part of my routine now.

Is it worth the effort?

Yes, on all fronts.

This doesn’t mean there aren’t bigger changes to be made in other areas of our lives, or that by switching from paper towels to reusable cleaning cloths you can choose a gas-guzzler as your next car guilt-free, but it’s still something that makes a measurable difference and it’s one change that’s quick, easy and can be done right now.

One thought on “Switching to Reusable Cleaning Cloths”

My name is Aliki and I think the world is monumentally messed up but I don’t really know what to do about it.

This blog, in a nutshell, is about me trying to find a way to live that’s realistic and sustainable, both in terms of being kinder to the environment and in terms of my ability to actually stick to it.

Find out more here and have a read through my posts for tips on how to live better (or at least try to). 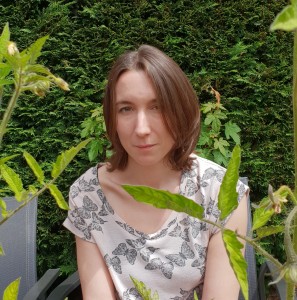